Sometimes nature just provides an awesome moment that reminds me just how small we are in this big universe and how important it is to live in the state of awareness. I was lucky to spot this Osprey perched on a piling one evening right around dinner time. He has visited before but never with a big fish. It was truly awesome to observe and listen for awhile as I took a few snaps and did a lot of admiring.  This awesome nature moment  got me wondering about this Osprey and the life it lived. 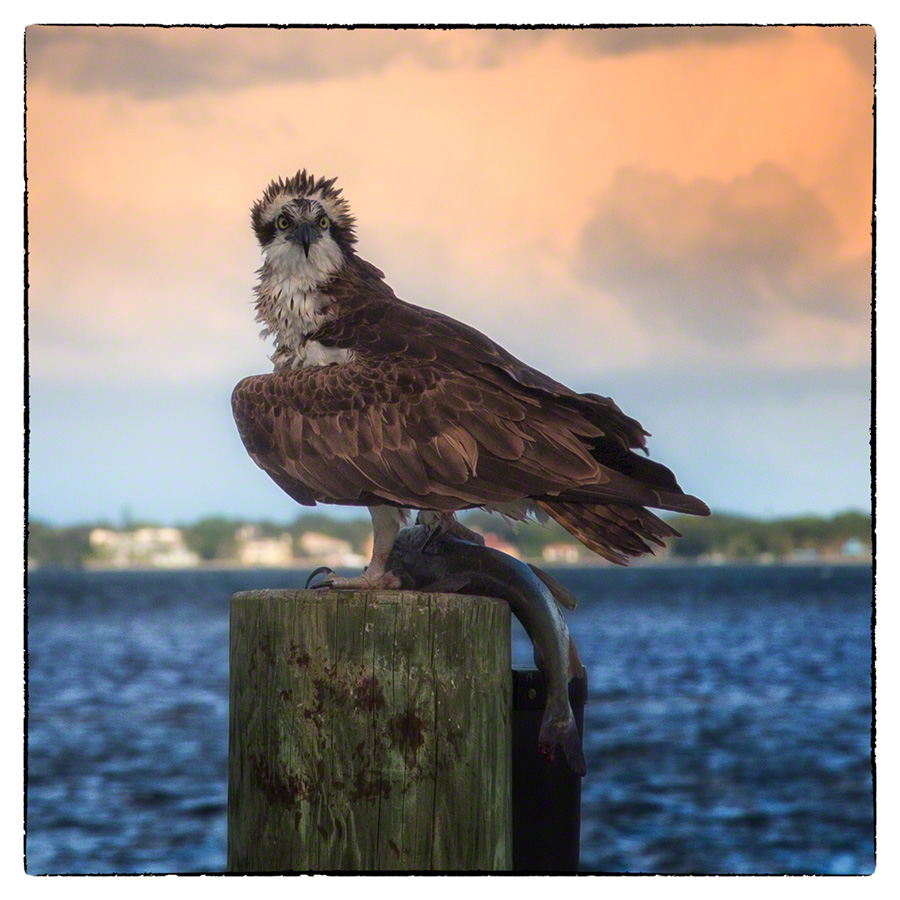 The Osprey live on the water or very close by so they have access to fishing.

They are great anglers and can catch fish up to three or four times a day.

They live approximately 20 years and their wingspan is often five to six foot.

They  migrate as individuals from areas in the north to South America every year during the winter months.

In the spring, on their northern migration, they return to same nest and the same Osprey mate. They mate for life to breed.

You can see their large nest made of sticks on high poles, often electrical poles.

Although Osprey were not impacted by the pesticide toxins of the 1950s and 60s, they do experience quite a bit of danger during their long migration from north to south and vice versa. They have to fish along the way and if weather is treacherous they can be blown off course causing great delays and possible navigation issues.

Now that you know some facts about Ospreys, I hope you are lucky to have some awesome nature moments.

Thanks for visiting and more of my work can be viewed at www.susanmcanany.com.